Book Signing set for 23 April at Beyond the Pallet

Tom will have a variety of books published by Tate Publishing.  Two of the most hard-hitting books, especially for those in western Oklahoma,  are Throw Away Kids and PoMo Poverty.  In these companion selections, Tom goes beyond identifying society’s problems; he brings us to solutions that don’t wait on the government to fix or ignore the problems.

As a pastor, he returned this past summer from his second trip to Africa to train pastors and church leaders in Kenya and Uganda.  He has served as moderator of the Red River Presbytery but perhaps is best known as the guy who gives out wristbands that read:  GOD LOVES YOU – LOVE ONE ANOTHER.

He is a retired U.S. Marine Corps officer that served in all four Marine Divisions, including a tour training reservists.  He has served in Iraq and Kuwait, Japan, Korea, the Philippines, aboard Marine bases on the east and west coasts of the United States, and has a substantial amount of service afloat.  His final tour was as a program manager in charge of maintenance and modifications of Marine Corps ground training systems and simulators around the globe.

Tom served as both student and instructor at the Marine Corps Base, Quantico, Virginia—the Crossroads of the Corps, and proudly boasts that he successfully avoided a tour in the Pentagon for his entire career.  Tom wrote two books specifically about the Marine Corps.  The first was a first person collection of observations and anecdotes titled Sea Stories.  The other was Christianity for Marines.

Tom will also have with him, two unique books with fast moving dialogue where two men—The Conversation—and two women—Going Up—drop their defense mechanisms and actually talk about important things.

Please join Tom on Saturday 23 April 2016, buy a few books, and get a cup of coffee  or something to eat at the District House in this wonderful area just made for people who like to enjoy a Saturday afternoon. 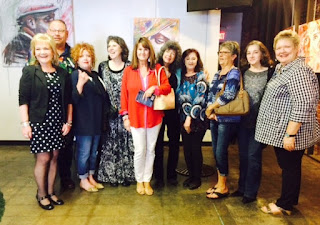 Just over a week ago, 9 ladies from Tom's high school class surprised him at a book signing in downtown Oklahoma City. 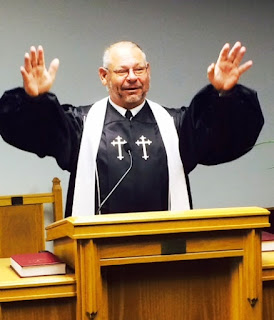 Tom was ordained as a Cumberland Presbyterian minister in 2010. 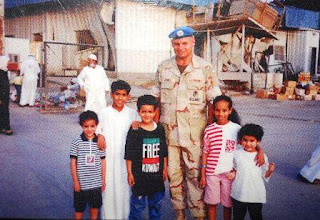 Tom in Kuwait City with the United Nations after Desert Storm.